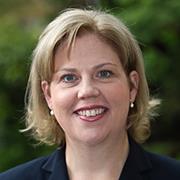 With members of Congress now beginning to discuss a price on carbon, long CCL’s goal, it is no accident that our July speaker is Adele Morris. Since economists are almost unanimous in agreeing that a national price on carbon is needed to address carbon emissions effectively and efficiently, this is an opportunity to learn from a highly respected expert so that we can share the information with our fellow citizens.

Morris is a senior fellow and policy director for Climate and Energy Economics at the Brookings Institution. She is a leading global expert on the design of carbon pricing policies. Before joining Brookings in July 2008, she worked with the Joint Economic Committee (JEC) of the U.S. Congress, where she advised members and staff on economic, energy, and environmental policy.

The public is always invited.  Newcomers are invited to come early to get acquainted. Snacks and fellowship free!

If you missed Marie Koper’s guest column in the Morning Sun, July 13, you can read it here. Cil Lorand wrote a brief letter to the editor in support that appeared July 18. Please keep the ball rolling by sending in your short, respectful letter as well!

Mt. Pleasant CCL has also sponsored Peter Sinclair. His presentations are always informative and up to date. Come find out the latest developments!

The Chippewa Watershed Conservancy Guest Speaker Series is a monthly presentation about topics ranging from environmental conservation to outdoor recreation and everything in between. July’s presentation will feature acclaimed filmmaker and environmentalist Pete Sinclair who will talk about renewable energy developments in Michigan with a focus in the Central Michigan region.

Mr. Sinclair is a videographer specializing in issues of Climate Change and renewable energy solutions. He produces the video series “This is Not Cool”, for Yale Climate Connections.
https://www.yaleclimateconnections.org/author/psinclair/

A frequent speaker, Mr. Sinclair has brought his rich multi-media presentation to schools, colleges, universities and community groups throughout Michigan and around the world, as well as communication workshops for scientists at American Geophysical Union gatherings in San Francisco and Colorado.

Mr. Sinclair was recently named 2017 “Friend of the Planet” by the National Center for Science Education.
https://ncse.com/blog/2017/03/peter-sinclair-most-important-videographer-planet-0018502.

“Pete met with three offices, and Marie met with two. She had to withdraw from a third one that ended up conflicting with the one with Rep. Moolenaar. It was a positive sign that his scheduler was working hard through Monday with a lot of changes in his schedule to get us a meeting with him. He was a few minutes late getting back to the office from the airport, but he was very focused and engaged with the question of support for Carbon Fee and Dividend.

“He said he preferred policies to address specific problems …..Primarily that was to have a specific bill introduced that could be discussed publicly and in committees. He also said he wanted to hear from knowledgeable people of integrity that he thinks are honest in their assessments. He mentioned a couple of names, one a representative from Louisiana and the other a Dow scientist. This gives us an opportunity to return with the results of those and other conversations.

“Overall the report is very encouraging. CCL told us that a group of Republican representatives had started hashing out a carbon fee and dividend type bill, but ran out of time before campaign season started in earnest. The CCL strategy for all of us is not to make climate a wedge issue that further polarizes the Parties, but a bridge to bipartisanship.

“Many CCL-ers reported that the young staff members they talked to across the board were knowledgeable about the issue, and emphasized our group is doing all the right things. One that Marie talked to said, ‘The tide is changing.’ At the Tuesday night reception, two more Republican members of Congress were announced as members of the Climate Solutions Caucus.

“Take heart, fellow CCL advocates, our methods are working in Congress. Let’s get our ground game ready to run with the ball when the bill drops.”

National Call:We listened to the June video speaker, Nathaniel Stinnett, founder and executive director of Environmental Voter Project. Their mission is to identify the large number of citizens concerned about environmental issues who are staying home on Election Day, and turn them into active voters. That way, politicians from both parties will have many more voters who care about the soil, the ocean, the air, and the whole natural world evaluating their positions and urging solutions.

Mr. Stinnett’s talk was clearly presented, well thought out, and persuasive. Among his main points were:

(a) Fewer environmental voters vote than those of other blocs;

(b) Likely voters don’t prioritize Climate Change or the Environment;

(c) Whether one votes is public record;

Discussion ensued, during which (a) remained puzzling. But the program of persuading eligible voters who prioritize the environment to vote met with strong approval, and most if not all present wanted to pursue it. We can start by recommending the link to environmental nonvoters we know.